Quds Paints Industry was established in 1994. It started with two lines of products,Water-born Interior Walls putty and Cement-base tile adhesive.

The History of Translation 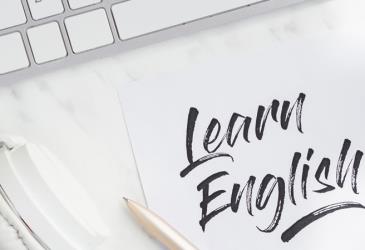 The history of translation has been a topic that has long been debated by scholars and historians, though it is widely accepted that translation pre-dates the bible. The bible tells of different languages as well as giving insight to the interaction of speakers from different areas. The need for translation has been apparent since the earliest days of human interaction, whether it be for emotional, trade or survival purposes. The demand for translation services has continued to develop and is now more vital than ever, with businesses acknowledging the inability to expand internationally or succeed in penetrating foreign markets without translating marketing material and business documents.

It is known that translation was carried out as early as the Mesopotamian era when the Sumerian poem, Gilgamesh, was translated into Asian languages. This dates back to around the second millennium BC. Other ancient translated works include those carried out by Buddhist monks who translated Indian documents into Chinese. In later periods, Ancient Greek texts were also translated by Roman poets and were adapted to create developed literary works for entertainment. It is known that translation services were utilised in Rome by Cicero and Horace and that these uses were continued through to the 17th century, where newer practices were developed.

It is argued that the knowledge and findings of Greek academics was developed and understood so widely thanks to the translation work of Arabic scholars. When the Greeks were conquered, their works were taken in by Arabic scholars who translated them and created their own versions of the scientific, entertainment and philosophical understandings. These Arabic versions were later translated into Latin, during the Middle Ages, mostly throughout Spain and the resulting works provided the foundations of Renaissance academics.

The need for translation became greater with the development of religious texts and spiritual theories. As religion developed, the desire to spread the word and encourage faith means that religious texts needed to be available in multiple languages. One of the first translated religious texts is known to have been that of the Old Testament which was translated into Greek in the 3rd century BC. This translation refers to the ‘Septuagint’, which was a translation of the Hebrew bible into Greek, with Septuagint coming from the Latin word ‘Septuaginta’, which means seventy. This text is therefore often referred to the ‘Greek Old Testament’. Without the use of our modern practices and tools, this translation was carried out by no less than 70 scholars who painstakingly converted the text into Greek and this became the basis for future translations of the bible in multiple languages.

Religion played such a critical role in translation development that the church even names Saint Jerome as the patron saint of translation. Saint Jerome created a Latin bible in 4th century AD. This bible became the predominant text used by the Roman Catholic Church. With the introduction of Protestantism, the need to translate the bible and other religious texts into European languages heightened, Through the rapid translation and distribution of the bible during the Protestant Reformation, Christianity had two clear paths – Roman Catholicism or Protestantism. One of the most clear differences between these two forms of the religion was the disparity in texts and the differences between crucial words and passages of the bible.

Translators have often been hidden characters, unnamed people who have paved the way for some of the greatest contributions to the dissemination of ideas, knowledge and theories throughout the ages. In some cases, working as a translator was incredibly dangerous and some even lost their lives because of their work. This included famous translators such as William Tyndale, who was executed in Holland in 1536 because he worked on translating the bible into English. Other famous translators include:

Chinese monk Xuanzang who in 645 AD was credited with having translated 74 volumes on Indian Buddhist scripts into Chinese.

Constance Garnett was a British translator who translated Russian classics including Tolstoy, Chekhov, Turgenev and Gogol into English towards the end of the 19th Century.